What makes Pisces special? Well, it’s easy. They are soulful and enchanting souls. Men who date them all have similar features too! These guys are fairy-tale-like in the sense of being genuine, sensitive, charming, ambitious, and caring. But what do they have to say about being with Piscean women?

Most of them would agree that their girlfriends or wives are the best in the world. They nurture their men, and they have a firm sense of compassion. In other words, a Pisces woman will get your needs and surpass your expectations. But let’s not get ahead of ourselves. Allow us to explain what dating Pisces women is like in more detail.

You Get Nurtured by Pisces Women

There’s no better description of Piscean women than those who are running around helping old ladies get their kitten down from a tree. Moreover, if they were superheroes, they would fly around and save babies and their mothers from burning buildings. In other words, they’re as emotional and selfless as it gets with zodiac signs.

Pisces Women are nurturers by definition. As such, they will always have the right words for you, be it words of wisdom or care. Additionally, Pisceans are ready to be by your side whenever you require them. But this isn’t without cost. While helping others, they might forget about helping themselves sometimes, unfortunately.

All this is a major plus when it comes to romantic relationships. When you’re with a Piscean woman, you’ll feel what real compassion and care are. Moreover, you’ll understand why some consider them to be perfect partners.

Pisces Women Are Easy to Go Along With

Another quality of Pisces women is how they are easy to go along with. In essence, this comes down to them being overly idealistic. And as such, they look for the best in others, and they show great trust. Some folks might take advantage of this, as it can make people easy to manipulate. But don’t do that!

They Are Passionate and Romantic Too

All twelve signs of the zodiac can work with one another in certain combinations. In fact, all can be lovers. The only problem is how much of themselves they give and allow others to see. Luckily, when it comes to Pisces women, they’re naturally romantic. This is, obviously, a suitable quality if you’re looking to date one.

But they’re not just romantic in intimate relationships. The way they feel translates into all other pores of life. They, like we’ve said, like to dream big, which is a romantic trait on its own. For a Pisces woman, passion is the fuel that keeps them going, that allows them to dream big and eventually make their dreams become real.

Deep and Meaningful Conversations Matter to Them

Although this might sound a bit misogynist, it’s not. Namely, a trait of a Pisces woman is that she’s smart and able to handle any conversation. Of course, this doesn’t mean that all others can’t do that. They can, but Pisceans do it better in almost every way. They might be extremely sensitive, yet that doesn’t stop them from delving into any topic.

When we’re talking about dating a Pisces lady, it would be misleading to make you think how they’re just romantic and all about flowers. They are that too, but they have more depth. In fact, other signs are often more than surprised when they engage in conversations with them, as they approach any talk meaningfully.

You Get More Attention Compared to Other People

Another fact about dating a Pisces woman is that they value monogamy more than anything. In other words, they won’t cheat on you. Moreover, when a Pisces woman is in love, she won’t have anyone else on her mind. Not even her high school crush or Johnny Depp. 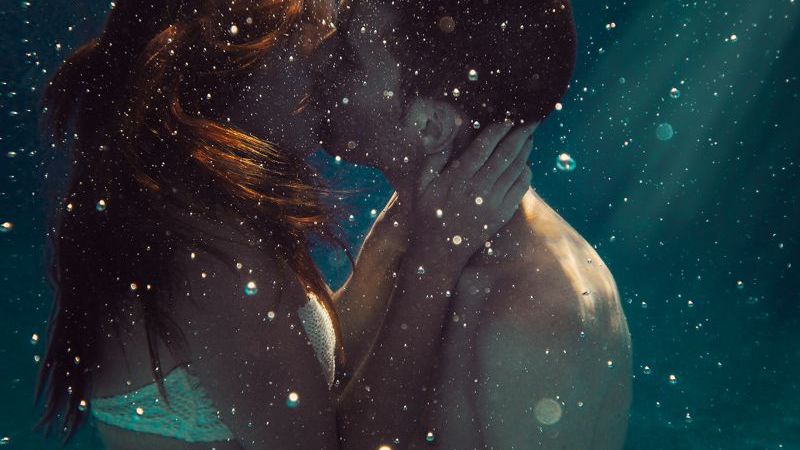 Their monogamous ideals mean that you’ll have her attention constantly. This is great because it allows you to build a happy and healthy relationship with her. No cheating, no texts with her ex, no nothing. Just you and your loving Pisces woman. But since they’re like that, Pisceans expect the same from you. So, don’t fool around and break their hearts, guys.

Lastly, we need to mention how Pisceans aren’t interested in fighting and making chaos. They simply don’t care for that. The only goal they have is to make peace and maintain it in any way possible. The thing is, Pisces women are gentle, and as such, they spread calmness throughout the room and everyone inside it.

Interestingly enough, Pisces women will go to great lengths to maintain peace in the house. Therefore, don’t be surprised by how well they adapt to all your moods. When you’re up for some fun, they’ll follow you — no questions asked. Similarly, when you’re down and just want to be silent, they’ll respect your wish and won’t bother you.

All in all, women who bear the Pisces sign of the zodiac are true gems. Their romantic hearts are huge and capable of carrying any relationship. They work hard to keep things going and won’t stop at anything to help you achieve and develop your personality. Being such makes them simply perfect to date. So, don’t burst their bubble. Be just as kind as they are.