For men, it represents a mystery, an inexplicable wonder, a gate to an unknown world. Through ages, men sought to learn its secrets and would go into wars because of it. To women, it’s just a thing at the top of their vulvas. Of course, we’re talking about the clitoris.

Does a Clitoris Have a Purpose in Female Reproduction?

Here’s a question that many ask themselves when thinking about the clitoris — is it true that it only exists because, oh, girls just wanna have fun? The fact is, the majority of people (especially men) think it’s exclusively an organ for pleasure. Guys kind of feel hard done by because they don’t have one of their own. However, research shows that’s not the case.

Sure, there’s no denying that the clit is a source of great pleasure for women. Studies have shown that without any stimulation to it, women wouldn’t be able to reach an orgasm almost at all. However, there’s a more significant purpose to it as well.

When you stimulate the clit, it sends signals to the brain that let it know what’s going on. As a result, the brain increases the blood flow to the vagina as well as vaginal lubrication and acidity. With this, the vagina is better prepared for reproduction as it allows sperm the best road conditions to reach the egg. Additionally, the stimulation to the clitoris also causes something we call vaginal ballooning or tenting. This basically gives more time to sperm to fertilize the egg. As you can see, while it cannot directly produce a baby on its own, it’s an important part of the reproductive process.

An erogenous zone is any part of our bodies with a higher level of sensitivity, which will have a sexual response when stimulated. Basically, we like our nerve endings messed with, and erogenous zones are places where we have a lot of them. Many zones differ from person to person (some will be into feet while others won’t), but there are some basic ones that we all have — nipples, neck, and so on.

The clitoris is, shall we say, the most erogenous of them all. It’s a part of a female body that contains more than 8,000 nerve endings! And that’s just the clitoris alone — not the entire vagina. For comparison, the penis, on the whole, has about half as many.

As you can see, the clitoris really is an organ that’s perfect for achieving sexual pleasure. If you don’t know how to set the mood, the clit is (always) your answer!

What Are the Different Ways to Stimulate Your Clitoris? 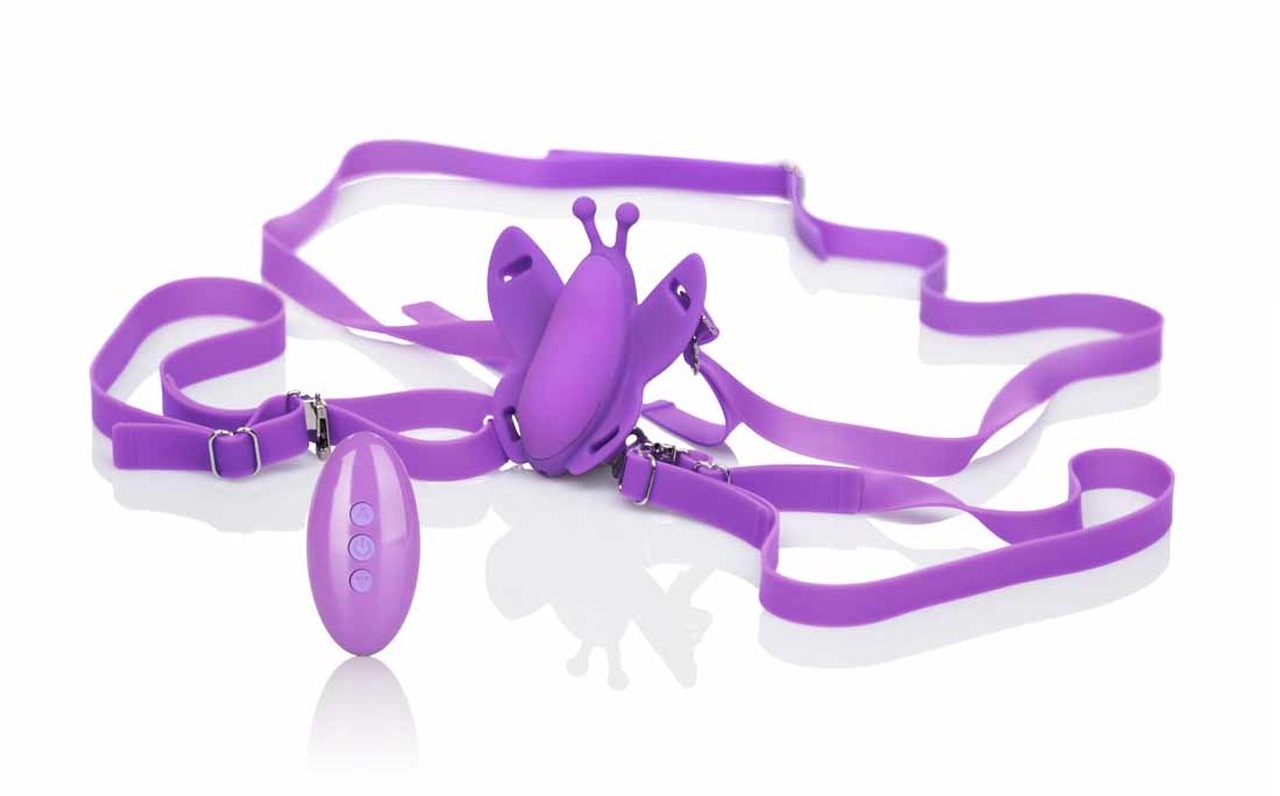 Why Butterfly Vibrators Are Designed to Stimulate Clitoris

There are plenty of sex toys around, and these items usually specify in one or another way to get yourself off. Butterfly vibrators’ design means that it’s at its best when it comes to stimulating the clitoris. The butterfly basically covers up all external parts of the vagina. This way, your entire vulva will receive some love although the focus will clearly be on the clitoris.